Top 5 Rare Fruits in The World

Today we are going to look at the top five rarest fruits in the world, some you may never heard of!

The durian is a fruit that grows in Southeast Asia and is notorious for its unpleasant smell. The smell has been described as a mix of rotting meat, onions, and cheese. The fruit itself is large and spiny, with a creamy texture and a sweet-tart taste.

Despite its strong smell, the durian is a popular fruit in Southeast Asia. It is considered a delicacy in some countries and is often served in restaurants. The fruit is also available in some specialty stores in North America.

If you are brave enough to try the durian, be sure to eat it with a friend so you can share the smell!

The carambola, also known as star fruit, is a tropical fruit that is native to Southeast Asia. It is a small, green fruit that turns yellow, orange, or red when ripe. The carambola has a sweet, sour, and slightly acidic taste and is used in desserts, jams, and juices. It is also used in savory dishes, such as curries.

“It Starts with Fruit!” is an incredible book about different techniques and tricks to make delicious jam out of any fruit in the world, check it out!* 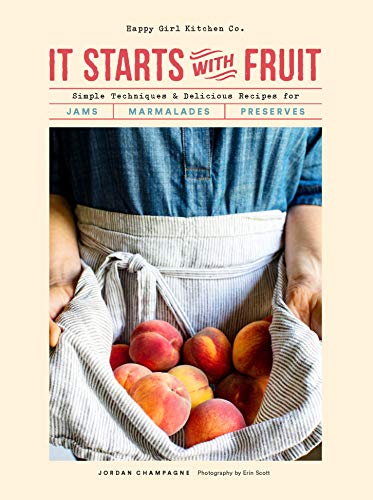 It Starts with Fruit: Simple Techniques and Delicious Recipes for Jams, Marmalades, and Preserves

*we earn through qualifying purchases on amazon.com

Akebi is a plant that has been used in traditional Chinese medicine for centuries. It is believed to have a variety of beneficial properties, including the ability to improve circulation, boost energy levels, and reduce inflammation.Akebi is also a source of dietary fiber, vitamin C, and other essential nutrients. In addition, it has a delicious, slightly sweet flavor that makes it a popular ingredient in soups and other dishes.

Despite its many benefits, Akebi is not well known outside of Asia. However, as its popularity continues to grow, it is likely that more people will begin to discover this amazing plant.

The rambutan, a tropical fruit that is indigenous to Southeast Asia, is a delicious and nutritious snack that has been enjoyed by people for centuries. This fruit is known for its bright red skin and sweet, white flesh. Rambutans are a good source of dietary fiber, vitamin C, and potassium.

Rambutans are typically eaten as a snack or dessert. They can be eaten fresh or used in recipes. Rambutans are a common ingredient in Southeast Asian cuisine. They can be used in curries, stir-fries, and sauces.

Salak, also known as the snake fruit, is a fruit found in Southeast Asia. It is oblong in shape and has a brown skin that is covered in small scales. The fruit is green on the inside and has a sweet and sour taste.

Salak is a good source of vitamin C and is also high in antioxidants. It is believed that the antioxidants in salak can help protect the body from disease and damage caused by free radicals. Salak is also a good source of dietary fibre, which can help to keep the digestive system healthy.Salak is a popular fruit in Southeast Asia and is often eaten as a snack. It can also be added to salads or used in desserts.

The world is filled with rare treasures and fruits are part of them, make sure to follow our socials to take part in weekly food quizzes and incredible meals!

Why Is Gluten Bad And Which Foods Have Gluten?

How To Make Oatmeal: The Ultimate Guide

I love food, so much that i started writing about it.

How To Make Oatmeal: The Ultimate Guide

Why Is Gluten Bad And Which Foods Have Gluten?